I made it to Motown! 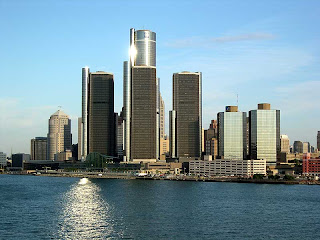 The married military man and the elderly lady in the seats behind me on the plane talked for three and a half straight hours, preventing me from sleeping (though admittedly I spent at least an hour of that time reading The New Yorker, and another half-hour listening to the Avenue Q soundtrack on my iPod), but I'm here! And my mother's dog is as cute as ever, and my mother herself is mildly obsessed with Trader Joe's (the fridge is filled with TJ's stuff, and it's almost frighteningly well organized), and I'm making stuffed mushroom caps for Thanksgiving dinner tomorrow, and all is right with the world. Oh, and Calvin Trillin's piece on barbecue in the New Yorker food issue is every bit as good as Michael claimed it was. Mimi Sheraton's ode to brodetto is great, too -- makes me want to go back to Italy. (I still remember meeting Ms. Sheraton at Salumi, with Roger Downey providing the introduction. Those were the days...)

Where I am going, for sure, is the Inauguration! I'm very excited. I'll probably spend about ten days on the East Coast in total -- several days in New York before Jan. 20, and several days after. I can't wait!
Posted by Neal at 4:53 AM