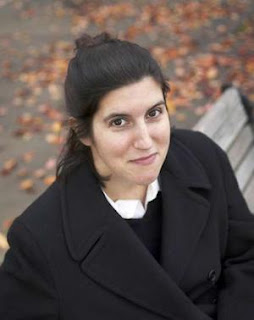 I'm nearly done with Curtis Sittenfeld's third novel, a fictionalized account of former First Lady Laura Bush's life. As Kurt Andersen notes in his back-cover blurb, it's a brave conceit, not because the people who inspired the story might cry foul, but because Sittenfeld's first-person narrative makes it hard not to feel sympathy for the former First Couple. (Yes, even George, who comes off as rascally and slackerish but not cruel or stupid.) It's fairly apparent even to someone like me, who has only a passing knowledge of the Bushes' biographies, which parts of Laura's life the author took liberties with, but after reading the Wikipedia entry on Madame Dubya, I was struck by how many things Sittenfeld transferred directly from reality to fiction.

Sure, her Charlie Blackwell and Alice Lindgren meet in Wisconsin, not Texas, and Charlie gets involved in his family's meat (rather than oil) business, but the basic trajectories of both lives are more or less preserved. Laura Welch did kill a high-school classmate in an auto accident (Sittenfeld makes them a quasi-couple, presumably to add pathos), and she was a school librarian and a registered Democrat before she met George. For his part, the president-to-be did own a chunk of a baseball team (albeit the Rangers, not the Brewers), he was elected governor several years after an unsuccessful congressional run, and he really did go from drinking too much and snorting coke to born-again Christianity.

Sittenfeld cleverly divides the novel into four quarters, each marked by Alice's residence at the time. She starts out on humble Amity Lane in small-town Riley, Wisconsin, and ends up at the most famous address in the world: 1600 Pennsylvania Avenue. The book's final quarter is, to me, the least interesting, since there's more summary -- this is what life is like as First Lady (hint: not all it's cracked up to be) -- than dialogue, and Sittenfeld is so good with the dialogue passages that I miss them when they don't come along every few pages. What I like about the book is that the author manages to engage some of the same themes that suffused her wonderful debut, Prep, including the clash of a small-town girl with the values, morals, and affectations of the wealthy East Coast elite.

Sittenfeld complicates this tension by humanizing everyone; the middle-class character, the outsider, has her issues, too, and the wealthy range from jerks to very nice people (as do the residents of Riley, of course). Except for that last quarter, it's a well-paced book, which came as a relief to me when I realized it's a 550-pager. Sittenfeld develops characters with an ease that can almost seem like sleight-of-hand; before you know it, you're emotionally attached to not just the protagonist but quite a few secondary characters as well. Also, the author uses mostly simple language to create a narrative voice that practically shimmers with intelligence.

Again, you may not realize while you're reading how well she chooses words, but that's what makes her choices a success. I've found the book hard to put down, which is a rarity for me when it comes to novels, and Alice Blackwell's voice, sensibility, and view of the world have gotten inside my head, coloring my thoughts on any given day. When I finish the novel, I'll go online and read and listen to the many interviews Sittenfeld has done since it was published. Until then, I want to savor it, because even my least favorite part of American Wife is still closer to wonderful than dull.

Update, 10:41 p.m.: Now that I'm even closer to the book's end, I realize that what I like best about it is similar to what I loved about Prep: The narrator is so consistently insightful that her observations prompt me to think more deeply and meaningfully about my own life and family. That's an impressive achievement in a first-person narrative, IMHO.
Posted by Neal at 6:55 PM