James Franco on "General Hospital": not a myth 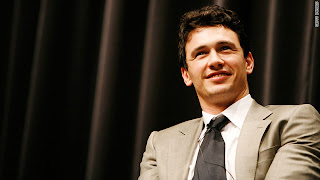 It's true. The star of Freaks and Geeks, the Spider-Man movies, and Milk will serve two months of active duty on the long-running daytime soap. Call me a softie, but I kind of admire the guy:

"[Franco] told his manager that he'd heard that [performing on a soap] was hard and that he thought it would be fun," Phelps said.

What a mensch! It'll probably do exponential things for the show's ratings. Maybe my mother will even start watching again.
Posted by Neal at 1:05 AM