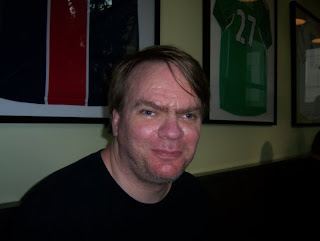 I saw him for the last time at my birthday party, less than two weeks ago. He was his usual self: social, friendly, and very much attuned to the music. When the festivities traveled from one of the Kibbutz's two households to the other, he followed, and he got a kick out of the live band (composed of Michael Geier, Mai Li Pittard, and Larissa Brown, among others). He was particularly impressed with their rendition of "Take Five"; as the party wound down, he talked about how hard it is for a pick-up band to play that piece so well.

Though friends of mine were closer, some much closer, to Rickey than I was, I appreciated his joy at life's offerings, especially the musical kind. When he presented a song at the periodic listening parties that Michael would co-organize, Rickey tended to tell a long, winding story to go with it, but it was always a good one, and he excelled at doing what the party was arguably about: expressing to other music appreciators what each song meant on a personal level. I sometimes bumped into Rickey on the street when I lived in Capitol Hill, but after I moved to Ravenna in late August, I didn't see him much. I'll miss him, and I'm truly glad I got to see him happy and so much himself so soon before he passed away. I know this is cheesy, but I can't help it: Wherever you are, my friend, I hope the music's good.
Posted by Neal at 2:45 PM